Many members of the Duke of Edinburgh’s Award programme join during their early teens, simply because they wish to get involved in some fun activities outside of school, and make new friends. But as they complete one challenging task after another, they usually begin to realise just how beneficial their participation in the DofE can be, both personally and professionally; the vast majority find that they become far more confident, responsible and organised because of their involvement in this programme. These qualities are essential in any profession, and as such, it can safely be said that completing each level of the DofE will vastly improve a young person’s future career prospects.

Last summer, the DofE committee created a survey in which it asked participants to discuss their thoughts about the programme. The results should come as no surprise to anyone who is familiar with the DofE, like Tunde Folawiyo; they showed that 80% of those aged between 16 and 18 believed that having been involved in the DofE would make it easier for them to secure a job in their chosen industry after they leave school, with many stating that the skills and qualities they had acquired would help them through the interview process. Those who had received their Gold Award said that they felt they had developed the most important employability attributes, including self-management, problem-solving, team work and communication. 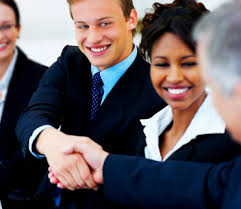 complete this programme, and are now encouraging teens to join the DofE, as a means of reducing national unemployment figures in the future. Just recently, Bishop Auckland College collaborated with a regeneration project called Durham-Gate, to host a series of events designed to encourage local teenagers to sign up for the DofE. One of the attendees, Neil McMillan, explained that getting young people to join this programme would give them a significant advantage in the job market later in their lives, as many employers now actively seek out candidates who have received their Bronze, Silver and Gold DofE awards.

A similar event was arranged by a company called Amey last year; they hosted a workshop which aimed to tackle unemployment amongst young people. Amey is one of just seven businesses in the UK which allows its under-25 employees to join the DofE as part of their training.  The Earl of Wessex attended the workshop; he noted that the current economy makes it very difficult for those in their late teens and early twenties to obtain employment, and that it would therefore be wise for young people to join a programme like the DofE, which will help them to grow into well-rounded, confident and capable adults. This is an opinion which Tunde Folawiyo, and other supporters of the DofE might agree with.