The Duke of Edinburgh’s World Fellowship, a network which focuses on the intellectual and social progress of young people, brings together individuals such as Tunde Folawiyo to contribute to the youth development. With the support of this network, the DofE programme has continued to offer guidance and encouragement to thousands of young people across the globe. 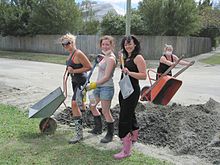 One of the most intriguing aspects of this programme is the diversity of the activities it involves. Participants in the Duke of Edinburgh’s award programme are required to complete a series of tasks, which fall under the categories of Volunteering, Physical, Skills and Expedition. The latter involves planning and completing an ‘adventurous journey”, the details of which are left up to the participant to arrange. In the past, people have organised sailing voyages, horse-riding treks, hiking excursions and camping trips. Those involved in this activity are put into groups of between four and eight people, with whom they must plan, train and complete the journey.

Philanthropists who support the DofE, such as Tunde Folawiyo, understand the value of these expeditions; in addition to enhancing participants’ social skills, these adventures also encourage them to improve their organisational abilities, and to develop a sense of responsibility.  Expeditions which focus on teamwork are especially popular; these might consist of creating and participating in a team challenge, or establishing different roles within the group, and switching roles several times each day. Environmental expeditions are equally well-loved; these are usually overnight camping trips, and may include the filming of woodland creatures, searches for specific types of plants or the painting of the local scenery.

Due to the popularity of these types of environmental expeditions, the DofE committee was relieved to learn that they had been granted an exemption certificate by Natural England, which will allow programme participants to make use of green-field sites. This is likely to result in an increase in the number of young people choosing to do this particular activity, as they no longer have to go through the time-consuming process of obtaining a site licence from the local council.

The certificate which the committee received covers all of England, and has an expiry date of October 2018. Unfortunately, whilst Scotland does not place any limitation on where DofE participants can camp, Wales does, and as of yet, no exemption has been obtained, although the committee has stated that an application has been submitted.

Through the Duke of Edinburgh’s World Fellowship, individuals like Tunde Folawiyo come together to support young entrepreneurs involved in the DofE. This challenging programme encourages young people to develop the social, intellectual and physical skills they need to become well-rounded individuals. 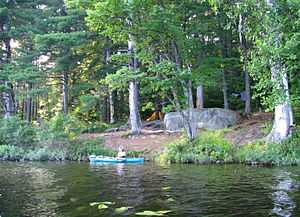 Within the Duke of Edinburgh’s Award programme, the Gold level is reserved only for candidates aged 16 or over, who have already completed their Bronze and Silver level activities. Whilst there is no flexibility in regards to the age limit,  it is possible for those who have not gone through the previous levels to join in at the Gold stage, provided they are willing to commit to 18, rather than 12 months of work.

Although participants at Gold level are allowed to select the same activities that they chose for former levels, those who do this are required to demonstrate a certain level of development; to simply repeat the same activity again, without showing any indication of progress, is not acceptable.

As with the Bronze and Silver levels, the Gold is divided up into several categories, namely Volunteering, Skills, Physical, Expedition and the Residential Project. The latter is only available at this particular level, and involves a four day trip with a group of people whom the participant has never met before. The volunteering activities are spread across the entire twelve months; however, for Skills and Physical, the participant can choose to spend six months on one, and 12 on the other. Those who are joining in without having completed Bronze and Silver must do an additional six months of activities.

Philanthropists like Tunde Folawiyo understand the importance of acknowledging young people’s achievements. As the culmination of many years of hard work, receiving the Gold Award is a very important moment, and as such, deserves to be celebrated. The DofE committee hosts Gold award presentations several times each year, in one of three venues; St James’s Palace, Hillsborough Castle, and the Palace of Holyrood House. Just recently, two brothers, named Juba and Adam Jasko, attended one of these events in London, after having spent more than six years completing all of the required activities at the Bronze, Silver and Gold Levels.

They were joined by 13 other DofE participants, each of whom received their certificate from Prince Philip. More than 300 hundred people attended the ceremony. The Cabinet member of children’s services, Councillor Maxi Martin, was also present; she was given the opportunity to meet the Duke of Edinburgh, and was awarded a three-year operating licence, which will enable the council to continue its participation in the DofE programme.

The Duke of Edinburgh’s Award (DofE) programme has been running for fifty seven years. It was founded by Prince Philip, with support from Kurt Hahn, an educationalist from Germany, who had previously set up the Country Badge Scheme. This scheme came to an end during the war, but Hahn remained deeply concerned about the development of young people.

He noticed a lack of initiative, physical fitness, skills and compassion in the younger generation, and aimed to address these issues by helping to found the DofE. The goal was, and still is, to maintain a diverse programme of activities which enable young people to navigate the challenging adolescent years, and emerge as confident, hard-working and capable adults. The Duke of Edinburgh World Fellowship programme was also instigated in 1987, bringing together individuals like Tunde Folawiyo, to help support the ongoing Duke of Edinburgh Award programme and allow these young people to develop successfully and independently.

A committee was formed to oversee the programme, and after several meetings, it was decided that it would be non-competitive, and would be available to everyone within the specified age range, with no membership requirement. Initially, the committee agreed upon four categories of activities, which would include physical fitness, skills, services and an expedition. A number of years later, a fifth section was added, in the form of a residential project.

The flexibility and freedom of which the DofE affords its participants has meant that it has been integrated into many different youth organisations and schools, both in the UK and abroad. Currently, more than 120 countries have adapted the DofE programme, as well as a Duke of Edinburgh World Fellowship Award. The World Fellowship consists of individuals, including Tunde Folawiyo, that have been brought together as Fellows of the programme to support and develop the younger generation in their endeavours throughout this scheme. Although the title of the Award varies from place to place, the same principles apply.

The skills which participants develop throughout the course of the DofE programme can benefit not only their mental and physical health, but also their career prospects in later life. Employers like Tunde Folawiyo tend to look favourably upon those who can demonstrate that they are capable of focusing on a long-term goal, and seeing it through to the end. Moreover, a great deal of tenacity, teamwork and patience is required in order to complete the activities in each of the categories of the Bronze, Gold and Silver levels, and these are all important qualities which employers hope to find in potential employees.