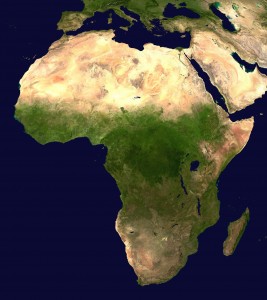 The Duke of Edinburgh’s International Award Foundation works tirelessly in Africa to bring the award programme to young people across the continent.  As a Nigerian philanthropist and a Fellow of the Duke of Edinburgh’s World Fellowship, this is an endeavour close to the heart of entrepreneur Tunde Folawiyo.

The Duke of Edinburgh Award scheme was founded in 1956, with the aim of helping young people, no matter what their background, to reach their full potential.  The Duke of Edinburgh Award scheme’s mission is to develop the mind, body and soul of young people, through teamwork and practical activities.  The scheme aims to build confidence and self-esteem in youths all over the world.

On the African continent, the Duke of Edinburgh Award scheme has changed the lives of millions of young people.  Kenyan-born Julius Irungu Krush grew up in the slums of Mathare, as the youngest son of a single mother who had three other children to care for.  Their makeshift shelter had no electricity, sanitation or running water.  Julius’s family were under constant threat; opportunist crime is rife in the slum areas of Mathare, not to mention their vulnerability to the elements and natural disasters.  School fees slid beyond Julius’s mother’s grasp as she struggled to feed her children, let alone herself.

The Mathare slums are located three miles to the east of Nairobi’s central business district.  The area is approximately two miles long by one mile wide, and is estimated to be inhabited by over 700,000 people.  Survival is a daily battle for the residents of Mathare, with lawlessness, crime and disease claiming lives by the day, if not the hour.

Dwellings consist of makeshift 6×8 structures, in a maze of alleyways and open, raw sewers.  It is a miracle to think that humankind can survive in such conditions – let alone flourish – but the manner in which some residents conduct themselves in such adverse conditions is a testament to the tenacity of the human spirit.

For slum-dwellers like Julius, there is little access to basic amenities like healthcare, clean water and food.  A fire in the slums can claim the lives of hundreds or thousands; there are no emergency services.  The makeshift huts are constructed from mud or metal.  There is no government security.  Residents of the Mathare slums are at the mercy of lawless tribal gangs each and every day.

Even basic sanitation is considered a luxury that few slum-dwellers can afford.  Payment is demanded upfront before an inhabitant can use one of the few filthy public bathrooms.  There is no refuse collection system.  It is understandable that disease is rife in such circumstances.

Julius dropped out of school twice.  Recounting the despondency of the slums, he acknowledges that he almost gave up hope for a better future and succumbed to the poverty trap.  As an adolescent surrounded by negative peer pressure, with no confidence, dreams or ambition, Julius tried to kill himself.

Julius’s life was turned around when he discovered the Duke of Edinburgh’s International Award scheme.  He enrolled, and within just six months achieved his Bronze Award, quickly going on to gain his Silver and Gold.  Along the way, Julius has reaped so many rewards, including inspiration and a new-found sense of self.  The experience has changed Julius’s life forever.  While studying under the Service section, he learnt the importance of working with others towards improving his community, to such an extent that after achieving his Gold Award, Julius went on to found his own mentorship programme.  It is called ‘Raising Hope’, and its mission is to inspire the children of the Mathare slums.

Stories like this will strike a chord with Duke of Edinburgh Fellows such as Tunde Folawiyo.  It is what the Duke of Edinburgh’s Africa mission is all about.  Tunde Folawiyo is the Director of the African Leadership Academy, an institution aimed at finding young African students who show promise and, through its scholarship programmes, honing the skills of Africa’s potential political leaders of tomorrow.

Since the first Duke of Edinburgh Award ceremony in 1956, over a million young people have taken part in the scheme in Great Britain, with over eight million youths participating worldwide.  Today, there are around 300,000 participants each year.  With the assistance of their leaders, participants choose objectives from each of the following criteria:

Undertaking service to the community or to individuals directly

Improving in an area of dance, sport or fitness activity

Planning, training and completion of an adventurous journey

Involves staying away from home and working towards a shared activity

The Duke of Edinburgh Award Scheme is aimed at young people across the world, whatever their background.  Its mission is to help them achieve their true potential through inspiration, education and the realisation of what can be accomplished by working with others as a team.

At an exclusive gala at Windsor Castle sponsored by the Halcyon Gallery, the Duke of Edinburgh World Fellowship recently celebrated twenty-seven years of inspiring world youth. From its founding in the UK, it since has spread in various versions to 140 additional countries. Young people worldwide are participating in the program, and community leaders, in business, politics and education, are doing their part to support the programme globally. Supporters of the Duke of Edinburgh Award are dedicated to the enrichment of young people, including Tunde Folawiyo. Those interested can view this Tunde Folawiyo profile.

Award holders include 22-year-old Vionaver Booysen, of South Africa, who has earned all three awards available in the programme: Gold, Silver and Bronze. Booysen was raised in a situation of adversity, but felt a strong desire to work to make a better life for the people in her community. She became involved in a community-action organisation, of which she is now the Assistant Youth Coordinator. She remains active in The President’s Award for Youth Empowerment, the form the Duke of Edinburgh award has taken in South Africa.

Patricia Yeboah, a young woman from Ghana, used her work with the Duke of Edinburgh award to focus on issues faced by women in her local community. In Ghana, women have higher rates of illiteracy and fewer employment opportunities than men. Yeboah addresses the roles of women in her community by organising a photography club for young women. The group meets weekly to share their photography and their experiences, with half the costs of film printing covered by the Head of State Award, which is Ghana’s iteration of the Duke of Edinburgh Award. The local school, which provides a space for the group to meet, says that the program is having a visible impact on the students’ well-being. Yeboah’s work has also increased local participation in the Head of State Award program.

As one of the world’s foremost proponents of youth development, The Duke of Edinburgh Award continues to implement new strategies to aid its mission of encouraging young people to strive toward greatness in all aspects of life. These initiatives can be seen through the DofE’s valued partnerships with various organisations throughout the UK and beyond, propelling the opportunity for social change with the potential to impact the lives of millions of today’s youth and the communities that surround them. With the aid of DofE supporter Tunde Folawiyo and countless others, the organisation will continue to flourish, utilising new tools to further its goals along the way.

A main focus of The Duke of Edinburgh Award is promoting an appreciation for charity and community service and as part of the programme, participants will be required to display an understanding of the importance of aiding fellow man. The DofE welcomes students to evoke positive change by empowering communities in rural villages in Ghana, Africa.

Village by Village, a DofE Approved Activity Provider is a professional charity that whilst based in the UK, focuses on offering aid to areas within Africa. Working in partnership with citizens of Ghana, West Africa, the organisation builds wells, improves sanitation and offers scholarship opportunities for children throughout the country. In collaboration with The Duke of Edinburgh Award, Village by Village offers Residential opportunities for participants to use during the process of completing the DofE’s Gold Award programme. Fundraising efforts used to fund projects in Ghana may also be put forth in successfully achieving the Volunteering portion of the Award.

Village by Village also offers Gap Month Residential Trips, giving young students and adults the opportunity to volunteer within the poverty-stricken areas of Ghana. Volunteers will work in remote rural regions and as such, there are a variety of roles for prospective volunteers to consider. Some of these roles include teaching English to children, construction work, sports coaching and healthcare duties. Each of these roles is invaluable in aiding the people of Ghana, whether by giving them hope through fun activities or teaching them skills and techniques they may have not yet been exposed to. One-hundred percent of money raised by volunteers goes directly to the charity, ensuring funds are sufficiently distributed toward aid efforts. Through the continued support from the DofE, proponents of the organisation such as Tunde Folawiyo and countless others throughout Africa and beyond, Village by Village will continue to create positive change throughout the less fortunate areas of West Africa.